Saving Livelihoods One Drop at a Time – Global Waters

Saving Livelihoods One Drop at a Time. Global Waters, July 2019.

“She died of thirst. I tried to revive her, but it was too late.”

For Haykal Jibrael Mikhael, a farmer from the town of Qobaiyat in north Lebanon, losing one of his apple trees means losing a part of his livelihood. And for decades, Haykal and many other farmers have been losing many of their trees because of dwindling water availability. 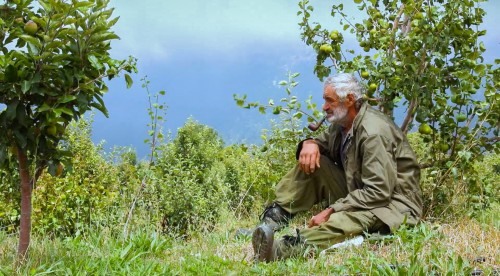 “It’s not the first tree that has died,” added Haykal. “Many others have died, too, because of lack of water.”

“We had to find a solution.”

When the USAID–funded Lebanon Water Project (LWP) offered local NGOs the opportunity to apply for small grants that they could use to help improve the quality and quantity of water available to any local community, the Safadi Foundation in north Lebanon seized the opportunity.

Joining forces with the Qobaiyat Agricultural Cooperative and the Qobaiyat Municipality, the Safadi Foundation proposed a project that would connect area farmers to an existing artificial lake.

In a country plagued by a garbage crisis ongoing since summer 2015, several Lebanese designers have rolled up their sleeves to save glass, plastic and rubber from already full landfills. 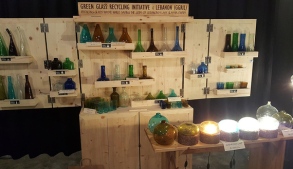 The carafes, water pitchers and glasses in this undated photo were made from used bottles. (photo by Cedar Environmental Consultancy)

The colorful and practical designs of NK by Nour Kays, Waste Studio and the Green Glass Recycling Initiative Lebanon make chic clutch bags out of plastic bags and maps and cups out of old bottles.

Local and regional initiatives in Lebanon have encouraged people to sort garbage at home or to dispose of plastic, glass and paper at recycling centers, but few nationwide measures have attempted to address the country’s garbage crisis on a larger scale.

In this vacuum, some artists and environmental experts have focused their time and energy on finding small-scale solutions

Assessment of Beliefs and Practices Relating to Menstrual Hygiene of Adolescent Girls in Lebanon. International Journal of Health Sciences and Research (IJHSR), 2013; 3(12): 75-88.

Methods: A community-based cross-sectional survey was conducted, in 2010, among 389 post-menarcheal adolescent girls aged 13 to 19 years, at five high schools in Sidon city and suburbs, using a cluster randomized sampling and self-completed questionnaires. Collected data was analyzed by using descriptive and inferential statistics.

Results: Of 389 participants, 89.5% did not follow all menstrual hygiene practices recommended, they adopted menstrual practices based on the dominant sociocultural beliefs found in the Lebanese society about these matters: 66.9% and 16.5%, respectively, did not shower in the first three days of menstruation or during all days of menstruation, and activity restrictions included physical (70.3%) and social (18.2%) activity and diet (35.5%).

An NGO is employing a self-help “cottage industry model” to introduce water, sanitation and hygiene (WASH)  services in refugee camps. Instead of relying on handouts, refugees are offered a steady wage to participate in the improvement of their own living conditions.

The NGO promoting this approach, is the Al Madad Foundation, a UK registered charity since 2001, based in London. The Foundation is active in two main areas:

The Foundation’s Director is Aya Haidar, a Lebanese multimedia artist/activist with an MSc in NGOs and Development.

In Lebanon, the Al Madad Foundation is partnering with the AUB Association’s Community Project Development Unit to improve water, sanitation and hygiene within the country’s Syrian refugee communities. Under the supervision of qualified architects and civil engineers from the AUB Association, refugees will be employed to help dig holes, build toilets, pipe laying, and installing septic tanks and drainage systems.

The Foundation thinks this “cottage industry model” could eventually be extended to other fields such as education, by employing refugee women, many of whom are qualified teachers.

The Foundation chose to focus on WASH services in the camps, not only to “minimise avoidable morbidity and mortality” but also to “minimise the resulting impact upon the local Lebanese environment, including fresh water, ecosystems and the impact upon agriculture”. Hygiene promotion and awareness raising will go hand-in-hand with the provisions of water and sanitation infrastructure.

The UK government is considering implementing cash-for-work (CFW) programmes for both Syrian refugees and vulnerable Lebanese as part of their new £50 million (US$ 77 million) humanitarian aid initiative [1].

Oxfam implements a CFW initiative, that includes latrine construction, in Kenya’s Dadaab refugee camp, the world’s largest refugee complex housing more than 400,000 people. Men and women are paid between 250 and 500 Kenyan Shillings (about US$ 3 – 6) $ per day depending on their skill levels [2].

The most well-known CFW aid programme was implemented by Mercy Corps in post-tsunami Aceh, Indonesia.  At its peak the seven-month programme employed nearly 18,000 participants and disbursed over US$ 4.5 million in direct payments [3]. Based of their experience in Indonesia and other countries like Afghanistan, Pakistan, Somalia, Sri Lanka and Sudan, Mercy Corps published a CfW manual in 2007 [4].