“It really is an exciting thing to turn back on the water,” says USAID’s Development Advisor David Isaak. “It gives communities some sense of normalcy, that things are coming back to life.”

Before the outbreak of war in 2011, millions of Syrians had their water consistently delivered through a vast network of pipes and thousands of large-scale pumps. Nearly all Syrians enjoyed access to potable water, and massive man-made canals irrigated the arid northeastern countryside, which facilitated a productive agricultural economy. 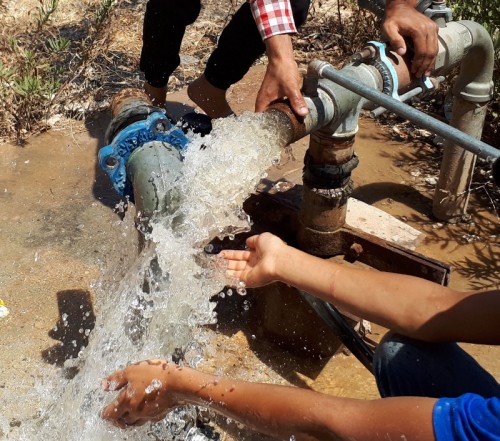 The conflict took a heavy toll on the country’s infrastructure, often deliberately as a tool of war: aerial campaigns and/or improvised explosive devices targeted miles of water networks and destroyed thousands of water pumps. Other water pumps were simply abandoned after the massive civilian exodus.