A big-picture look at the world’s worst Ebola epidemic

An international effort to analyze the entire database of Ebola virus genomes from the 2013–2016 West African epidemic reveals insights into factors that sped or slowed the rampage and calls for using real-time sequencing and data-sharing to contain future viral disease outbreaks.

Published online today in the journal Nature, the analysis found that the epidemic unfolded in small, overlapping outbreaks with surprisingly few infected travelers sparking new outbreaks elsewhere, each case representing a missed opportunity to break the transmission chain and end the epidemic sooner. 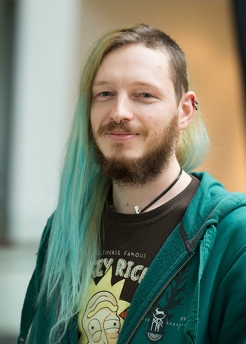 “We calculated that 3.6 percent of cases traveled, basically meaning that if you were able to focus on those mobile cases and reduce their mobility, you might have had a disproportionate effect on the epidemic,” said computational biologist Dr. Gytis Dudas, a Mahan Postdoctoral Fellow at Fred Hutchinson Cancer Research Center and the paper’s lead author.

The West African Ebola epidemic dwarfed all previous central African outbreaks of the virus, sickening more than 28,000 people and killing more than 11,000 of them.

The 1,610 Ebola virus genomes analyzed by the researchers represented more than 5 percent of the known cases, the largest sample analyzed for a single human epidemic. The analysis is the first to look at how Ebola spread, proliferated and declined across all three countries most affected: Guinea, Sierra Leone and Liberia. Previous analyses focused primarily on either a single country, a limited time frame or used fewer sequences.

Like Loading...
This entry was posted in Emergency Sanitation, Sanitation and Health and tagged Ebola. Bookmark the permalink.