India – Schools to get more toilets

Nov. 30, 2010 – To address the lack of sanitation facilities in girls’ schools, FICCI Ladies Organisation (FLO) has tied up with Sulabh International to provide toilets in schools. Launching the programme on Monday, FLO said it took up the initiative after surveys and government reports established the link between girls dropping out of schools due to lack of proper sanitation facilities in government as well as private schools. 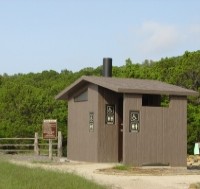 As part of the project, two schools in Bhiwandi and one in Dahanu will be provided with the toilet facilities. “We are inviting applications from schools and organisations working in the sanitation sector for setting up toilets for girls in schools,” said Bela Rajan, chairperson, FLO.

FLO will fund the project, while Sulabh International Social Service Organisation will provide the infrastructure and know-how for constructing these toilets.

Lack of toilets has health implications too. According to the Indian Association of Paediatrics (IAP), two to five per cent of schoolchildren, especially in pre-primary sections, suffer from urinary tract infection and chronic constipation primarily due to unclean toilets in schools, and the infections are more common in girl students compared to boys.

FLO plans to take this initiative to all the eight chapters of FLO in eight states in India. The funding for the pilot project will be raised by FLO through its relationships in the corporate sector, social celebrities and by building public support for the cause, said Sucheta Shah, senior vice chairperson.